“NOW THEREFORE, WE THE MEMBERS OF ALL REFEREDUM PEOPLE MOVEMENT[ARP-M] as progressive   patriots determined to rebuild Nigeria and guarantee equal opportunities for all, mutual and peaceful co-existence with a deep sense of patriotism and nationalism HEREBY MAKE, ENACT AND DECLARE the following CONSTITUTION for the effective administration of our MOVEMENT and promotion of its aims and objectives.”

“The Fourth Republic was formed as a result of the failure caused due to the shortcomings of the constitution
that was inherited from the General Sanni Abacha led regime , whose intention was merely to transform from
military uniform to civilian ‘Agbada’ without any policy or structural changes to the newly formed democracy.” 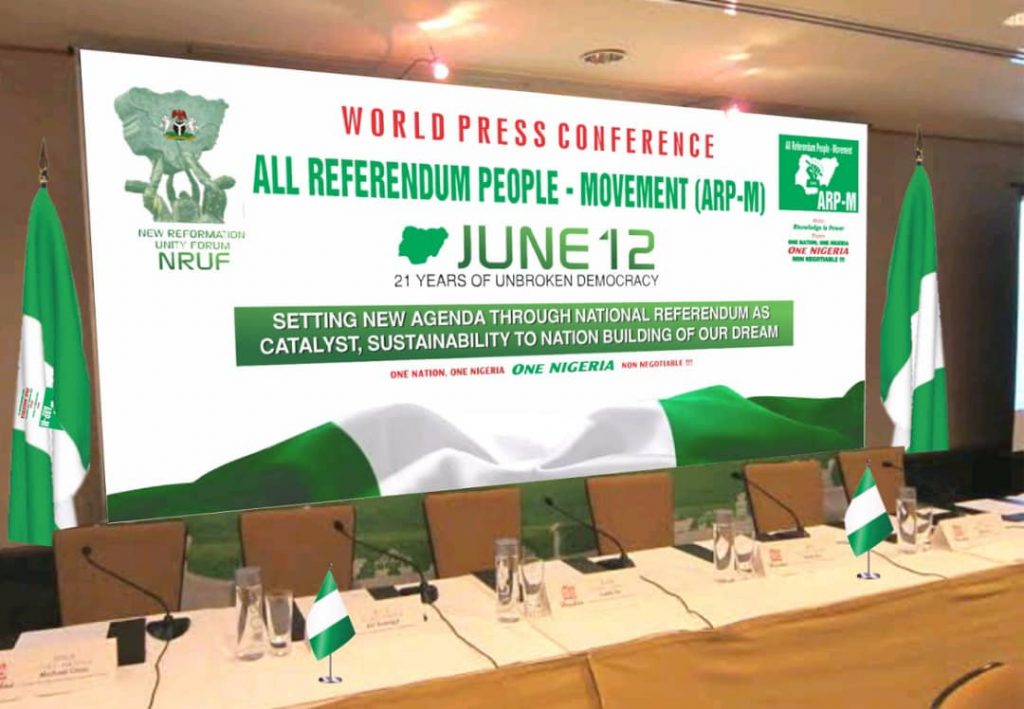 A Non-Political Movement, the All Referendum People Movement (ARPM), has disclosed that the National referendum remains the catalyst to nation-building. The Group noted that a national referendum is inevitable to solve Nigeria’s burning issues of secessions, agitations from some quarters, unemployment, and insecurity of lives and properties. The Convener of the Movement, Hon Mutiu Okunola, said such would guarantee true democratic governance and the 2023 election come to reality; since the country’s unity is non-negotiable.

INAUGURATION OF THE NATIONAL EXECUTIVES IN ABUJA

INAUGURATION OF THE SOUTH EAST EXECUTIVES IN ABIA STATE

On the 21st of August, the referendum group led by Hon. Mutiu Kunle Okunola(MKO) were at Abia State for the proper inauguration of the state executives.

INAUGURATION OF THE SOUTH WEST EXECUTIVES IN LAGOS STATE